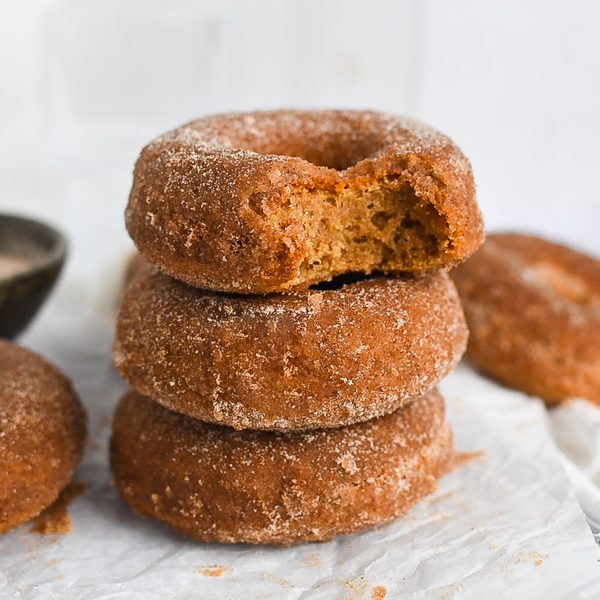 These cinnamon sugar mochi donuts are light, chewy, can easily be made vegan, and are naturally gluten-free. They’re one of my favorite donuts ever, and if you ever try them, you’ll understand why.

Mochiko is a popular ingredient used in Japan. It is referred to as sweet rice flour or glutinous rice flour, but is naturally gluten-free despite its name. It is widely used to make rice cakes known as mochi, but mochiko can be added to brownies, cookies, waffles, and more! Adding mochiko to a recipe will make the food chewier and slightly denser. You can find mochiko in the baking aisle at some Asian markets or order it online.

I hope you give these cinnamon sugar mochi donuts a try. If you want to make a dozen donuts instead, simply double the recipe! To store them, place them in an airtight container at room temperature for up to 3 days. However, they’re better eaten the day that they’re made. This is because as time passes, the donuts become softer and a tad soggier. If you want them to last for more than one day, I recommend rebaking them at 350°F/177°C for 5-10 minutes!

If you make these donuts, I’d love to see! You can tag me at #bitesbybianca / @bitesbybianca on Instagram. Enjoy! 🙂 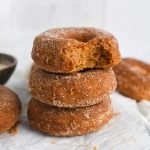 For the cinnamon sugar topping:

For the cinnamon sugar topping:

To store these donuts, place them in an airtight container at room temperature for up to 3 days. However, they’re better eaten the day that they’re made. This is because as time passes, the donuts become softer and slightly soggier. If you want them to last for more than one day, I recommend rebaking them at 350°F/177°C for 5-10 minutes! Mochiko sweet rice flour: Make sure you are using mochiko, which is different than regular rice flour.  To make these dairy-free: Substitute the butter for vegan butter and use alternative milk.  To make these egg-free: I’ve used JustEgg as a substitute and it worked out great! I’ve also omitted the egg completely, and the donuts turned out just as fine. 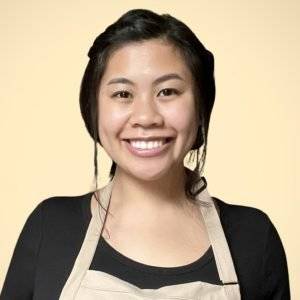 This website uses cookies to give you the most relevant experience by remembering your preferences and repeat visits. By clicking “Accept”, you consent to the use of ALL the cookies.
Do not sell my personal information.
Cookie SettingsAccept
Manage consent

This website uses cookies to improve your experience while you navigate through the website. Out of these, the cookies that are categorized as necessary are stored on your browser as they are essential for the working of basic functionalities of the website. We also use third-party cookies that help us analyze and understand how you use this website. These cookies will be stored in your browser only with your consent. You also have the option to opt-out of these cookies. But opting out of some of these cookies may affect your browsing experience.
Necessary Always Enabled
Necessary cookies are absolutely essential for the website to function properly. These cookies ensure basic functionalities and security features of the website, anonymously.
Functional
Functional cookies help to perform certain functionalities like sharing the content of the website on social media platforms, collect feedbacks, and other third-party features.
Performance
Performance cookies are used to understand and analyze the key performance indexes of the website which helps in delivering a better user experience for the visitors.
Analytics
Analytical cookies are used to understand how visitors interact with the website. These cookies help provide information on metrics the number of visitors, bounce rate, traffic source, etc.
Advertisement
Advertisement cookies are used to provide visitors with relevant ads and marketing campaigns. These cookies track visitors across websites and collect information to provide customized ads.
Others
Other uncategorized cookies are those that are being analyzed and have not been classified into a category as yet.
SAVE & ACCEPT